We spend much of each day browsing the World Wide Web. The internet has become a ubiquitous aspect of our lives.

But do we ever think about our safety on the web? Unfortunately, being tracked on the internet is more prevalent than we may think. So how do we protect ourselves?

The best way is to use a VPN. We’ve compiled this guide to the best VPN deals for you to choose from.

A VPN (Virtual Private Network) is an application that allows a user to privately browse the web while masking their activity from potential hackers. A VPN also has many other features that make it a popular application for internet users.

The one caveat is that great VPNs can often be expensive. Luckily, there are great deals to take advantage of now to sign up for a VPN service at a discounted price. While you choose the best VPN for your needs, we also recommend looking at antivirus software for your computer.

A subscription to PrivateVPN can begin as low as $1.89 per month. One of the most popular features of PrivateVPN is that it gives you access to many streaming sites from all over the world.

It has 60 different server locations that you can access throughout the world. It has great encryption and has a very fast streaming speed. It is especially popular for Netflix fans. If you want to have the ability to watch Netflix shows and films from different regions, this is the VPN for you.

This VPN service is consistently rated as one of the best. It is one of the most secure services. NordVPN includes stealth mode, a kill switch, and DNS leak protection. It can also integrate with the secure web browser Tor.

NordVPN has military-grade security and doesn’t keep logs of your activity. It is considered to be trustworthy including for data-intensive tasks. These tasks include playing games online and streaming high definition videos. Digital privacy is the ethos of this VPN.

The pricing starts at $3.49 and they often have huge discounts available. Subscriptions can last from 6 months to 3 years. NordVPN has servers in many countries across the six continents. Payments can be made with a credit card, PayPal, or Bitcoin!

Another great affordable VPN option is Private Internet Access which starts at $2.85 per month for an annual subscription.

This is a US-based VPN that has remained a popular option. It has a no-logs policy so that your activity will not be saved. It has encryption, a kill switch, split tunneling, obfuscation, and port forwarding.

It is also considered to be one of the best VPNs for torrenting.

This is a great VPN for accessing blocked content. You can use this VPN to accessing streaming sites from across the globe. It has over 500 servers in over 50 countries. This is a newer VPN service but has already become immensely popular.

You can use this VPN on as many devices as you can. Surfshark also has excellent 24/7 customer service support.

If you are just getting started with a VPN, this might be the best option, to begin with. It costs $1.99 per month.

This is another great cheap VPN service. It only costs $1.50 per month. It’s unlikely that you’ll find a more affordable VPN service than Ivacy.

It has servers in over 50 countries and is great for accessing streaming services such as the BBC’s iPlayer and Netflix.

It doesn’t store records of your browsing activity. There is also encryption and is an easy VPN to use.

This is a great VPN service that you can use across your devices. It costs $2.22 per month.

It has servers in over 70 countries and doesn’t keep logs of users’ browsing activity. It is also great to use for P2P torrenting and streaming videos. It works on up to 5 devices at a time. It also comes with 24/7 customer service support.

It works with many apps such as Windows, macOS, Amazon Fire Stick, Android-iOS, and internet routers.

This is a Bulgarian VPN service that has been lauded for its incredible reliability. It starts at $2.99 per month and is a fast VPN.

It has servers in over 70 countries. It also doesn’t log your internet browsing activity.

It is great for accessing streaming sites such as Netflix (in any country) and the BBC’s iPlayer. It also has a live chat support option that makes it much easier to use the application.

This VPN is especially great for data-intensive tasks such as streaming or gaming.

This is a cheap service that only costs $3.29 per month. It has DNS leak protection and the kill switch features.

It’s a great option for torrenting. There are no logs to record your browsing activity. The logs that do exact are minimal and non-invasive and are there to ensure that the connection runs smoothly. This VPN can also help you unlock content from across the globe. If you travel frequently and want to always access your favorite Netflix content, this is the VPN to consider.

It is an easy to use VPN service and best suited for beginners.

This is a well-known and highly regarded VPN service. It costs $3.88 per month. It also has a FREE version that allows you to access one server based in the US.

This VPN has encryption and is known to have fast speed. This is a great VPN for streaming videos. The paid version gives you access to servers in over 80 countries. It’s great for data-intensive tasks such as streaming and gaming. It is particularly great for Netflix and BBC’s iPlayer.

If you are not familiar with VPNs, we suggest trying the free version first. If you find that it’s to your liking, you may want to upgrade to the low-cost paid version.

Now that you know the best VPN deals of 2021, you are ready to get the best VPN for your needs. We want you to always have a secure experience on the internet.

Be sure to check out the other great coupons and deals that we offer. 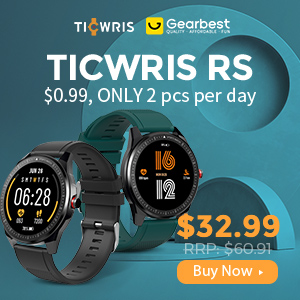